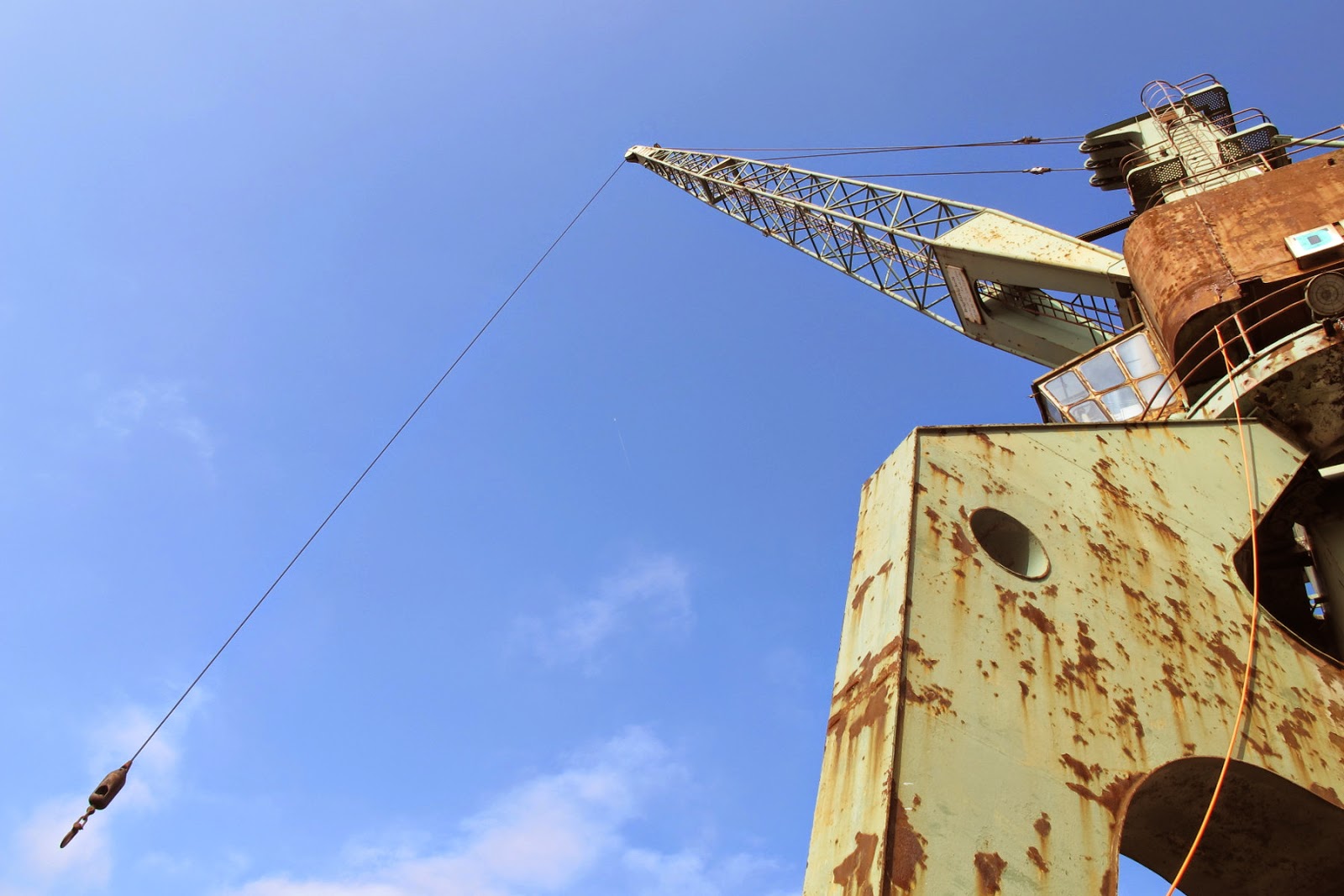 it has been a long story about the "hafenkran" in zurich. o our landlocked country has been wanting to be a seafaring people... though no way zurich is on the sea! there is lake zurich and the river limmat, of course and lots of sailing and boating and swimming going on, but that was not enough.....

so we got some artists to figure out, how we could get the feeling of a harbor into our city. and what did they come up with? right a "hafenkran" from hamburg. now zurich has it's own big honking installation in the middle of the city at the banks of the limmat. it has been an exciting few moments, when the workers from hamburg came with the flat beds from the north to bring the crane broken down in many parts. i was not there when they installed it but for them, it must have been an odd feeling to put such a crane together, when we all knew, that there will be not ships coming to be unloaded or loaded...

so today, i was in the big city and had my sandwich lunch next to the hafenkran, funny feel. there was also a bit of a feel of homesickness... i have not been to boston for very long, not that i have been hanging out at the boston harbor a lot, but still there is that "fernweh" sneaking up on me, what to do?

maybe, closing my eyes and instead of the big gulls, i pretended the small gulls "honking" was the real thing!
Posted by daniela at 3:08 PM

We love this post and feel that the natural solution is to come here for a visit! We miss you all. Alexa wrote a speech about Switzerland for her first "declamation" at school. She gives it tomorrow and is taking the little raclette maker as a prop for extra credit! We will try to skype soon and maybe she can give the speech to you....