i had to drop off some books a library in zurich today. the trip into the city could not just consist of, returning books, there had to be a bit more to it. amos and naomi decided yesterday, that the two of them would acompany me. what to do with two teenagers in a big city, which they don't know and i don't just wanted to run from one brand name store to an other. there was bit of looking around on my side, and quickly, the idea was born to walk by fountains. the city's water department has those really cool and useful maps of wells and fountains. i printed the one for "kreis 1", the area i had to go for returning the books.
of course, naomi thought it very boring and not needed, to have a plan. but i didn't just want to drop my so creative idea, of discovering a new place... and yes all those fountains and many more (1200 on city grounds) have drinking water! (and an other nice page to read about fountains in zurich) 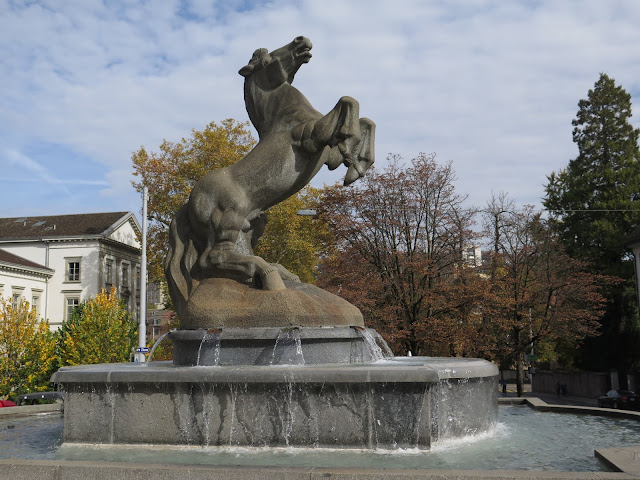 :: manessebrunnen from 1931, the sculpture is made out of rock from bodio, GR 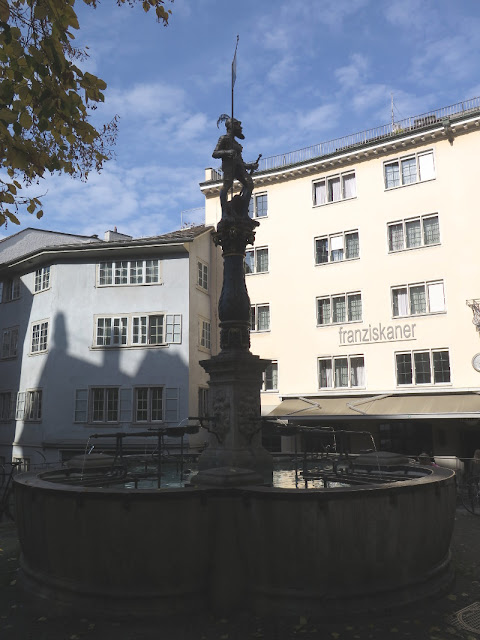 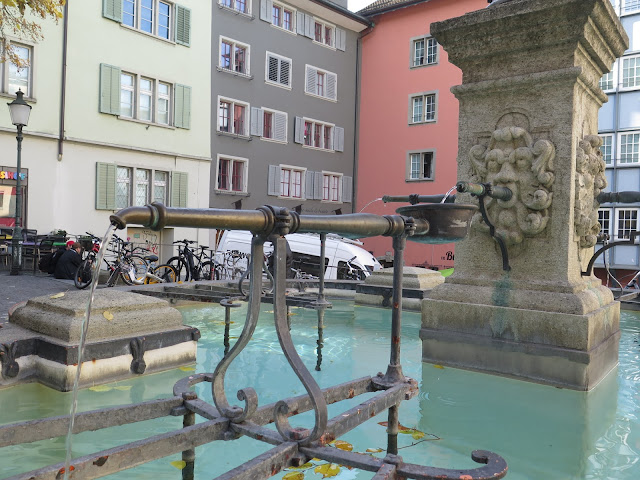 :: stüssibrunnen 1575, the only fountain in zurich with multiple colors, with stüssi towering on top of it, he was the first mayor of the city. 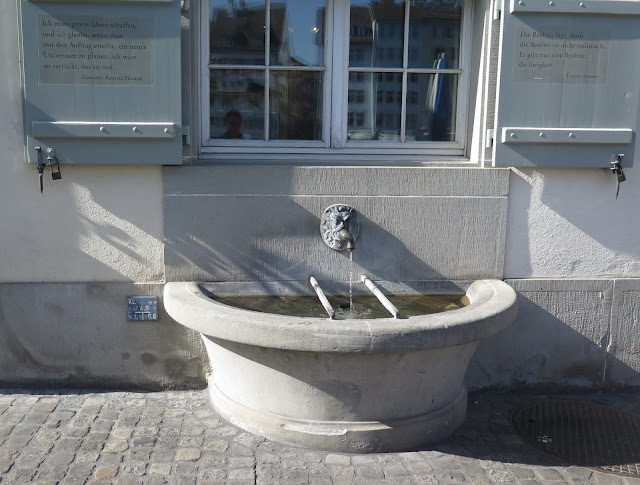 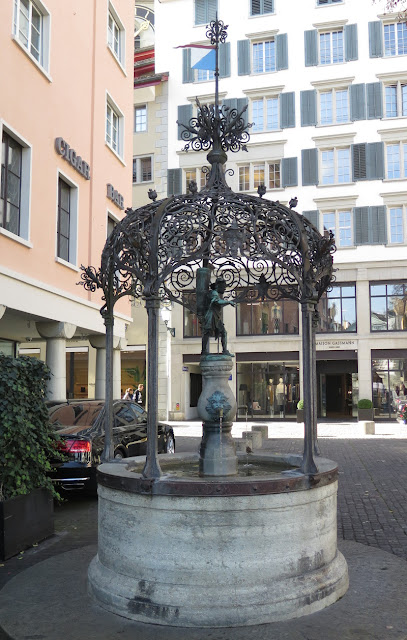 :: winzerbrunnen 1908, this is a replica of the fountain in bruck an der mur (1626 steiermark austria). it honors the place where there has been taken place the wine trade of the city 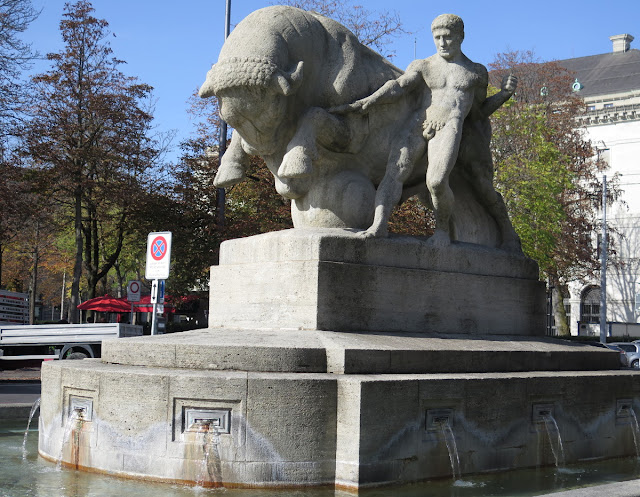 :: geiserbrunnen 1911, designed by jakob brüllmann a native of weinfelden (eastern switzerland) and known for his works of war memorials after the first world war in gemrany. 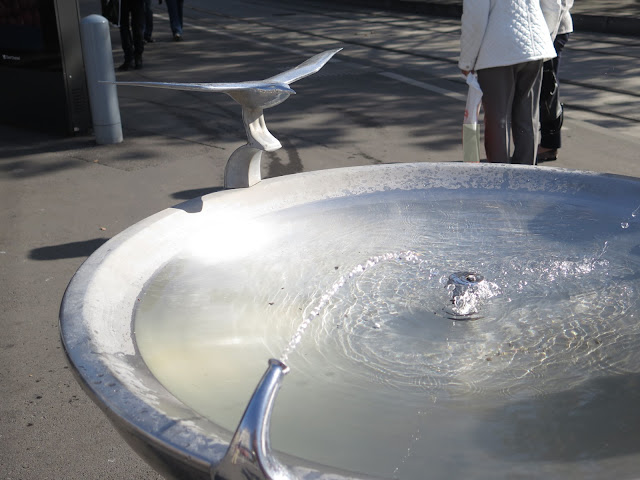 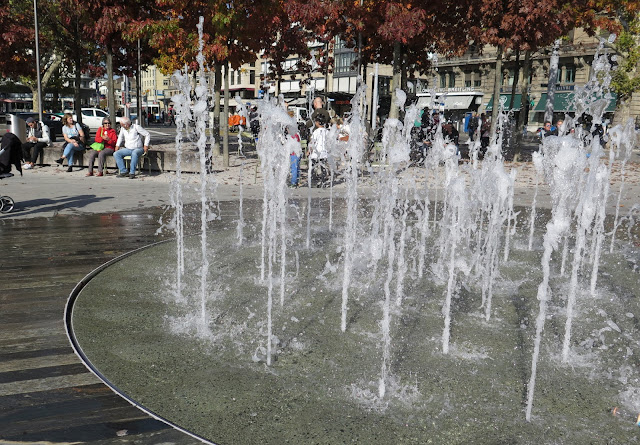