going on a bike tour 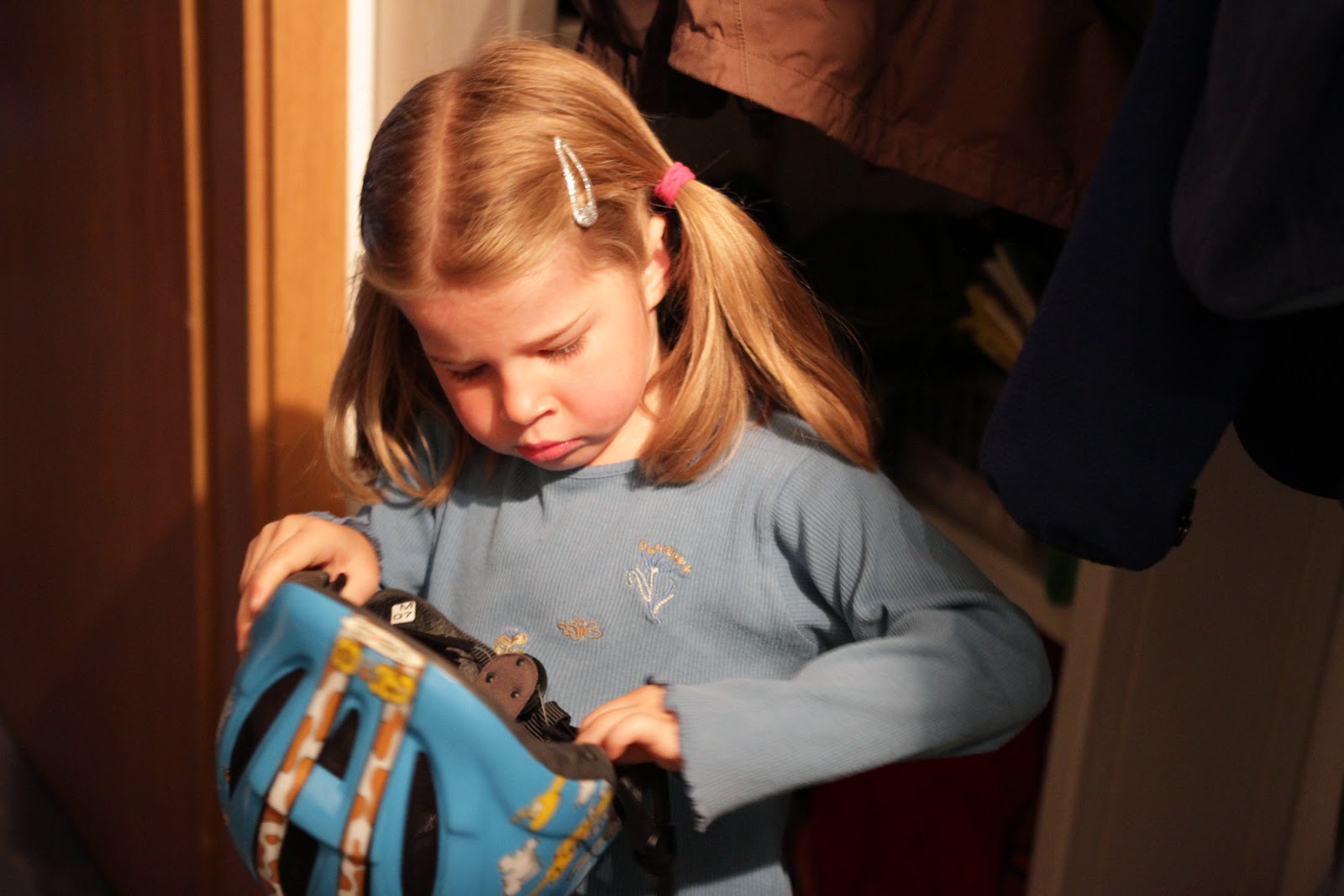 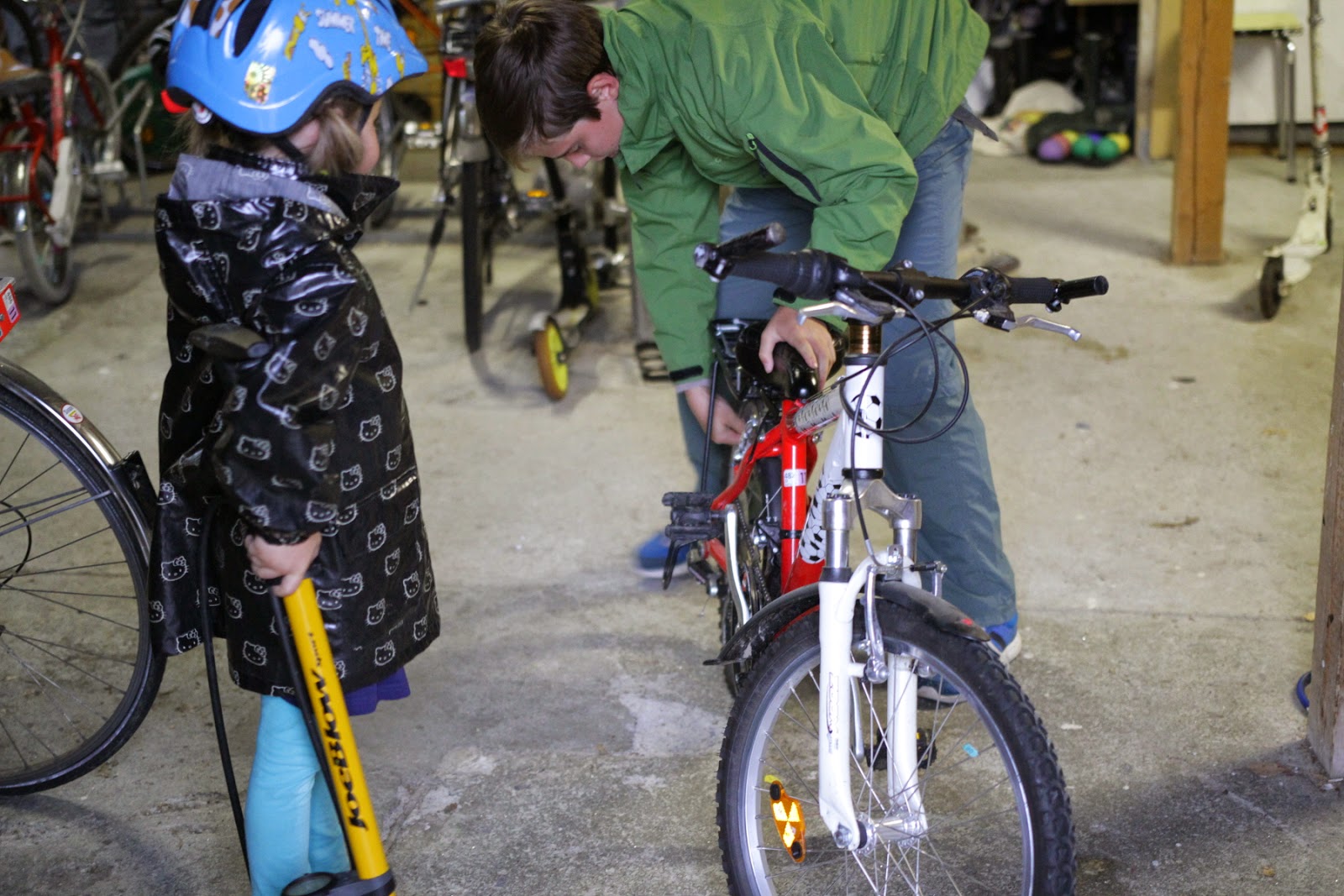 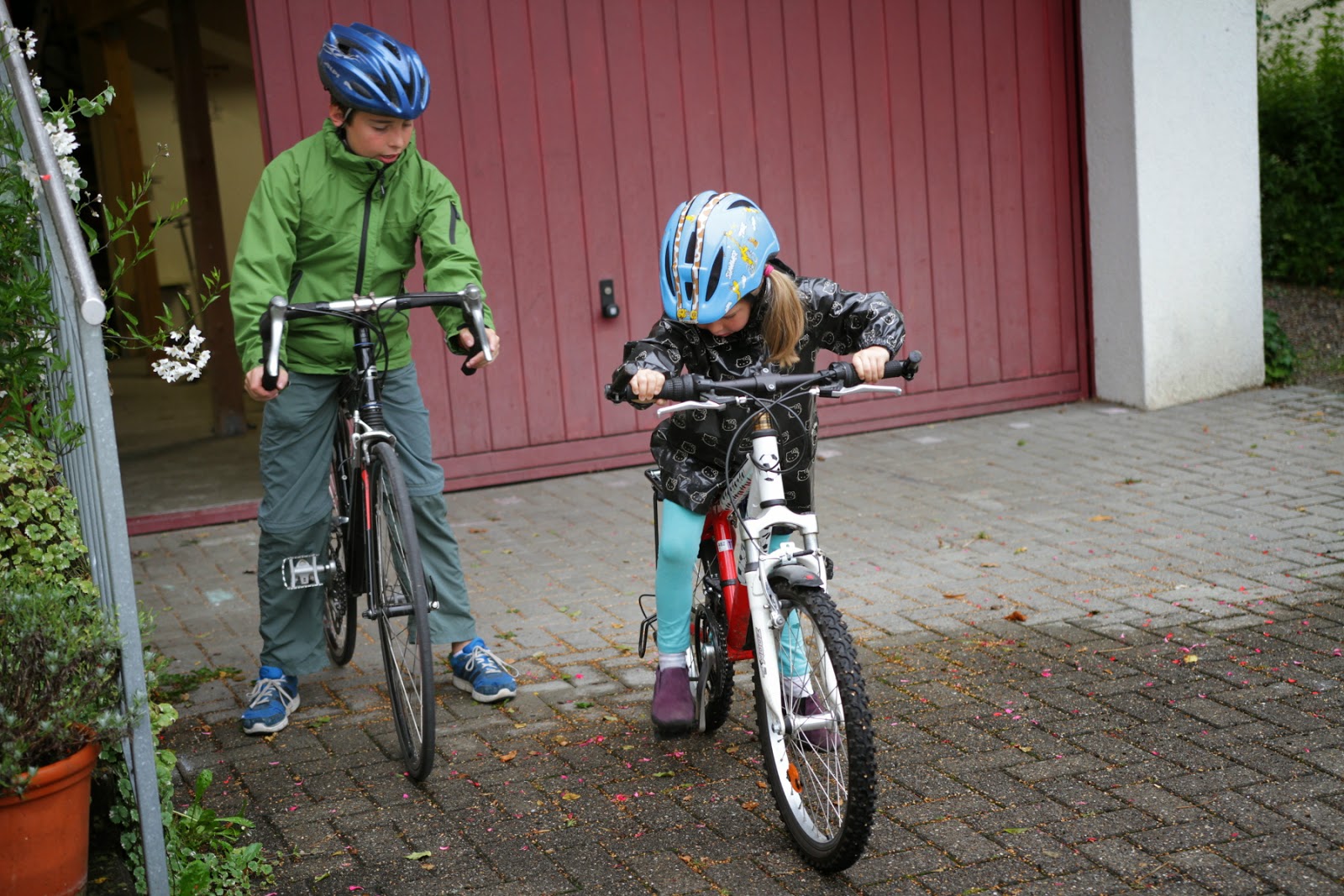 it has been in the planning stages for a while now. elias has been promising thea, to take her on a bike tour this summer. of course, biking has been the big summer theme for us, as joel and i started the summer with a tour on the tandem ( #5 on the swiss national bicycle tours).
amos and joel together with a friend of amos' are right now biking #1, from brig to geneva. and so this morning, elias and thea started out early, as the forecast had some more rain on it's radar for later in the morning. they ate breakfast and headed out even before 8am.
what a wonderful coach the big brother is, well lot's of admiration on my part for elias. he checked the tires and helped her to set the gear right. he packed lots of snacks and dry clothes and shouted a few encouraging words and on the road they were.
on the bicycle path from winterthur to wila along the river toess.

i did get a phone call 90 minutes later, they arrived safely and got rained on, but not bad at all. and both were very happy.
tomorrow they will ride back, after a wonderful day with their grandparents and a good nights rest for thea! 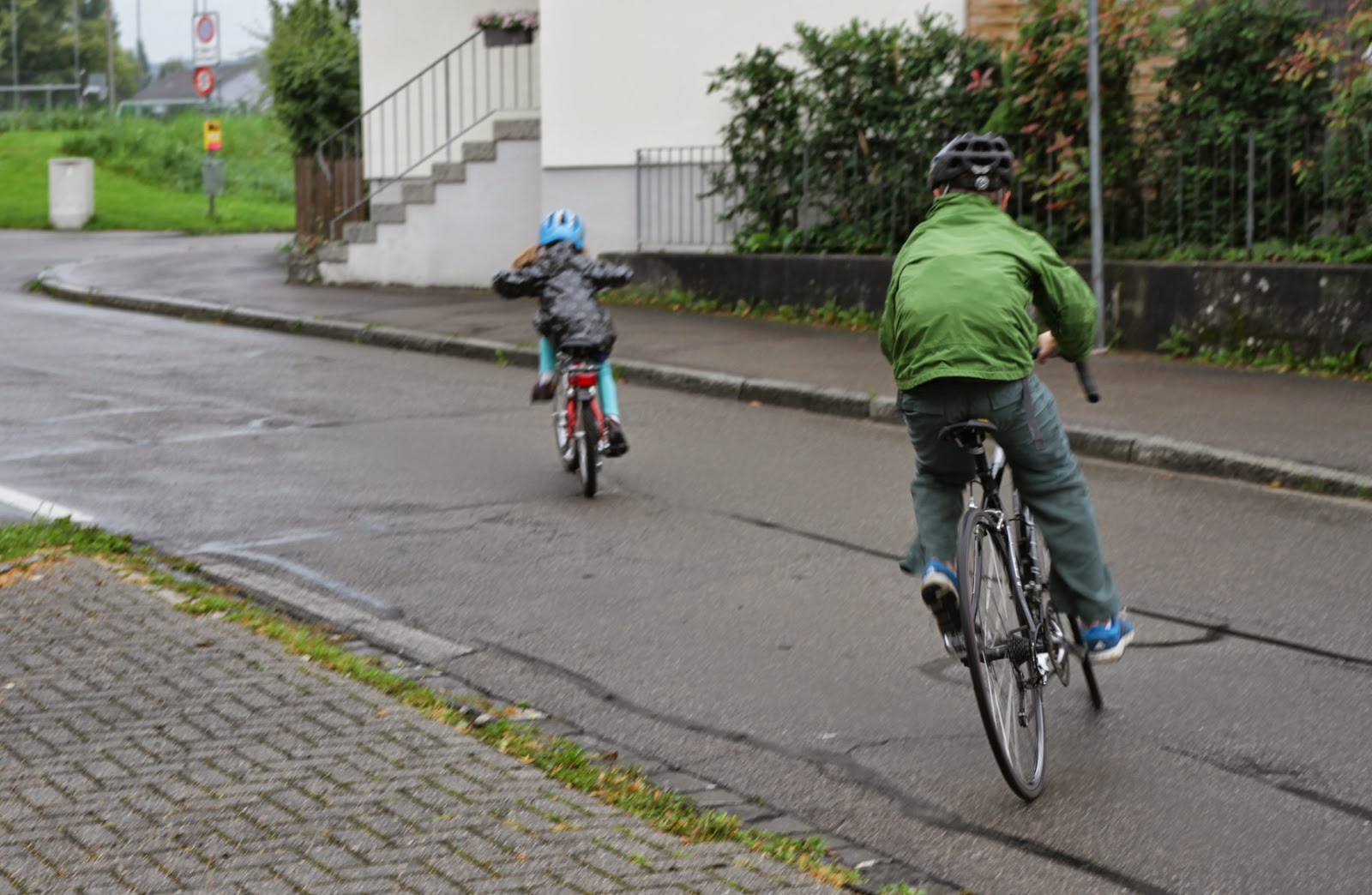