joel and the three bike riding kids took a trip to the medieval castle kyburg, just a few kilometers from winterthur is the little town and the big castle of kyburg. it's way up towering over the rolling hills and the city of winterthur. life was teeming back in the 11th and 12th century, up there in the castle, the nobles of the habsburg clan was in charge.
on saturday it was the place where a local music school held it's student recital, with baroque music... (lots of recorders, harpsichord and strings), one more reason for the clan to go and explore. 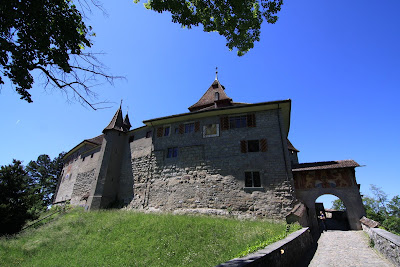 it's built of solid rock. and it's a climb up there rewarded with great medieval architecture. 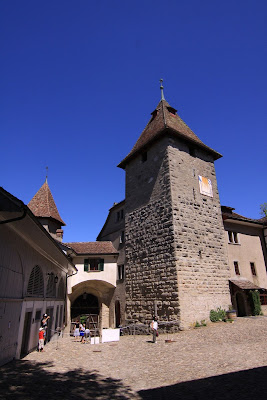 inside the castle walls, a wonderfully laid out court, with the solid tower as a focal point. 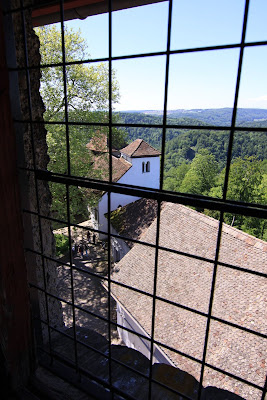 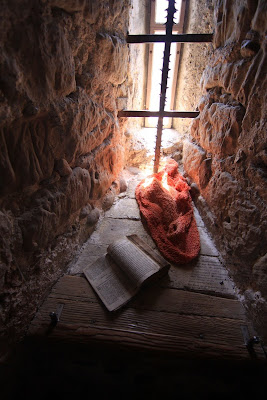 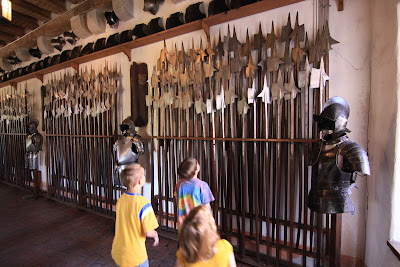 and then of course the armory is a big highlight, lots and lots of "hellebarden", or in english halberds.
Posted by nela at 8:22 AM

Oh Daniela, I feel you put up this post just for us!!! I hope the kids would be willing to go again to this wonderful place when we visit, Alexa has been studying medieval times this year and we are eager to see exactly this kind of place! It looks like they had a wonderful time.
We missed Amos at Alexa's party, it was just a really strange experience this year, for many reasons. My dad and stepmom also were not here because of a family wedding.
they will arrive this weekend.