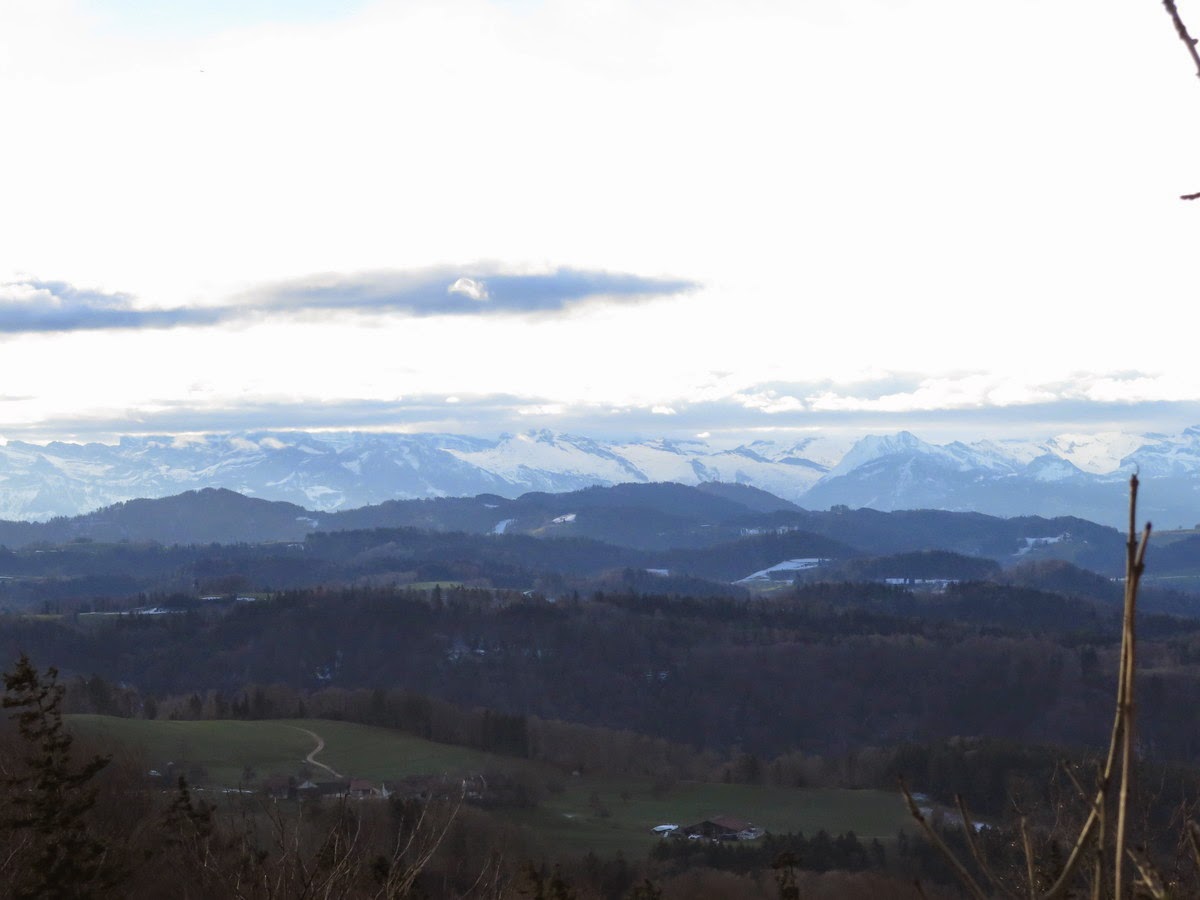 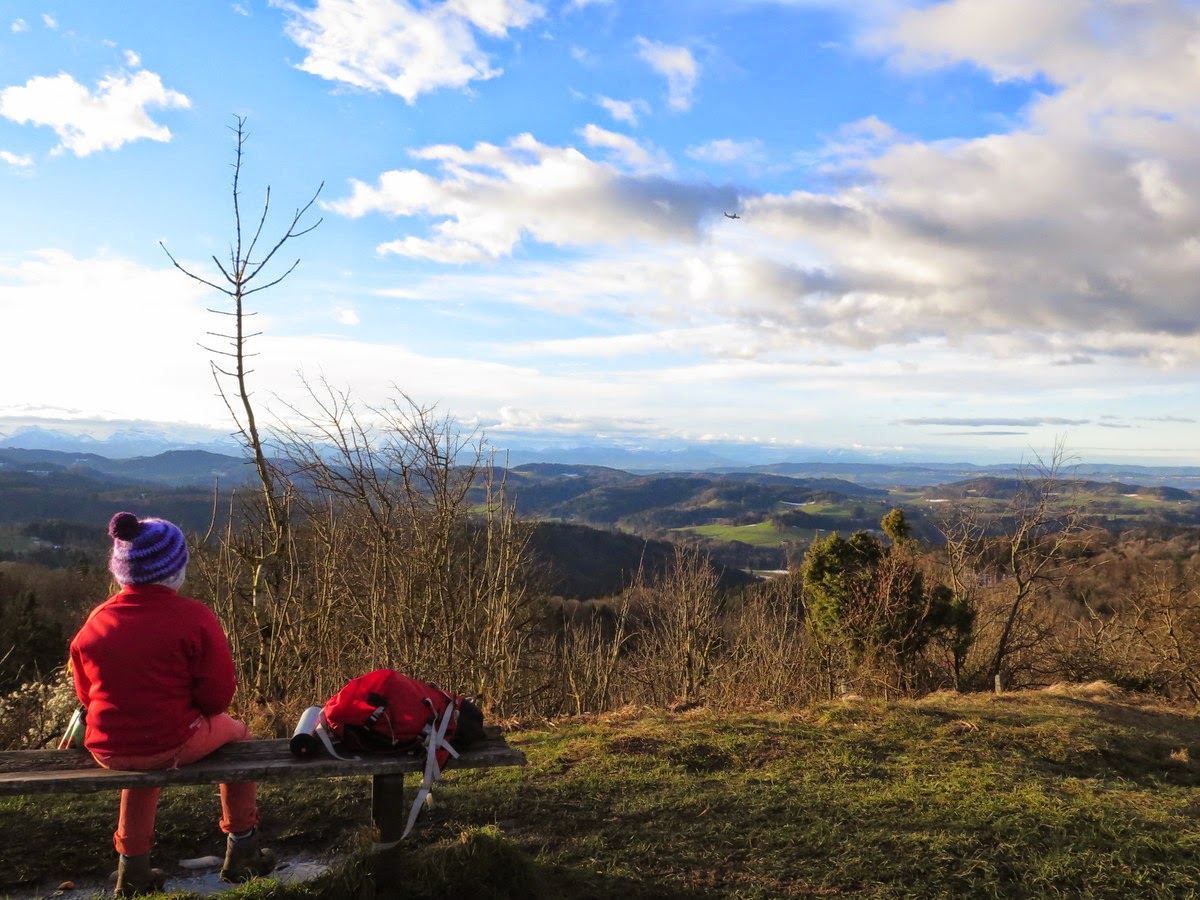 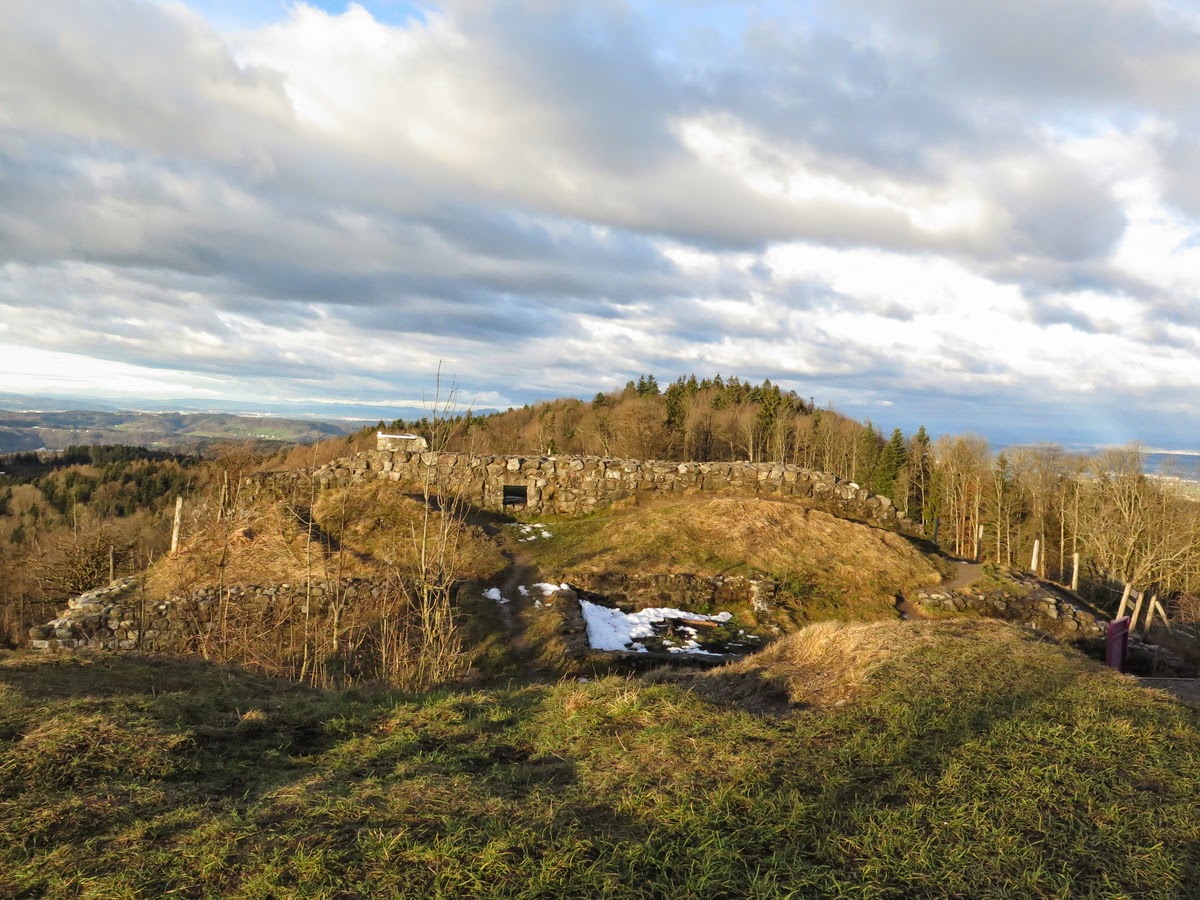 it's on my list to go on hikes with naomi this year. i'm excited to spend some time outdoors together with her and discover places.
this past saturday we went on our first little tour. she decided to leave kind of early, as she wanted to be back by mid day. taking the train at 7:30am as it was still dark and riding back to turbenthal was a nice start into our adventure. shortly before 8am we started walking, still kind of dark as the day dawned. we took the route up the hutzikertobel, a wonderful valley path toward schauenberg. it's one of the highest points in the area, and still i have not been there, until saturday. the weather was exciting, very windy and sunny, clouds racing across the sky. just perfect, almost a bit too warm for a january day. never the less we even climbed on the ruins of the tower/castle of schauenberg, it's just plain magic to think of the people having inhabited some kind of tower in the early 13th century.

after a cup of hot tea we headed downward toward the fahrenbach tobel and elgg. lots of fun and fast we walked into the late morning. we decided to still walk down the magic fahrenbach tobel, even though it was not recomended. the reason was, that the heavy snow and high winds took down many big trees. naomi and i decided, that we will be climbing those trunks and we were rewarded with just such mighty fallen trees, that we usually don't see (except standing in the woods). lots of them were uprooted, and yes it was a bit sad too, to see them fallen across the creek and also braking the pathways and little bridges. for us, it will be a hike to remember. 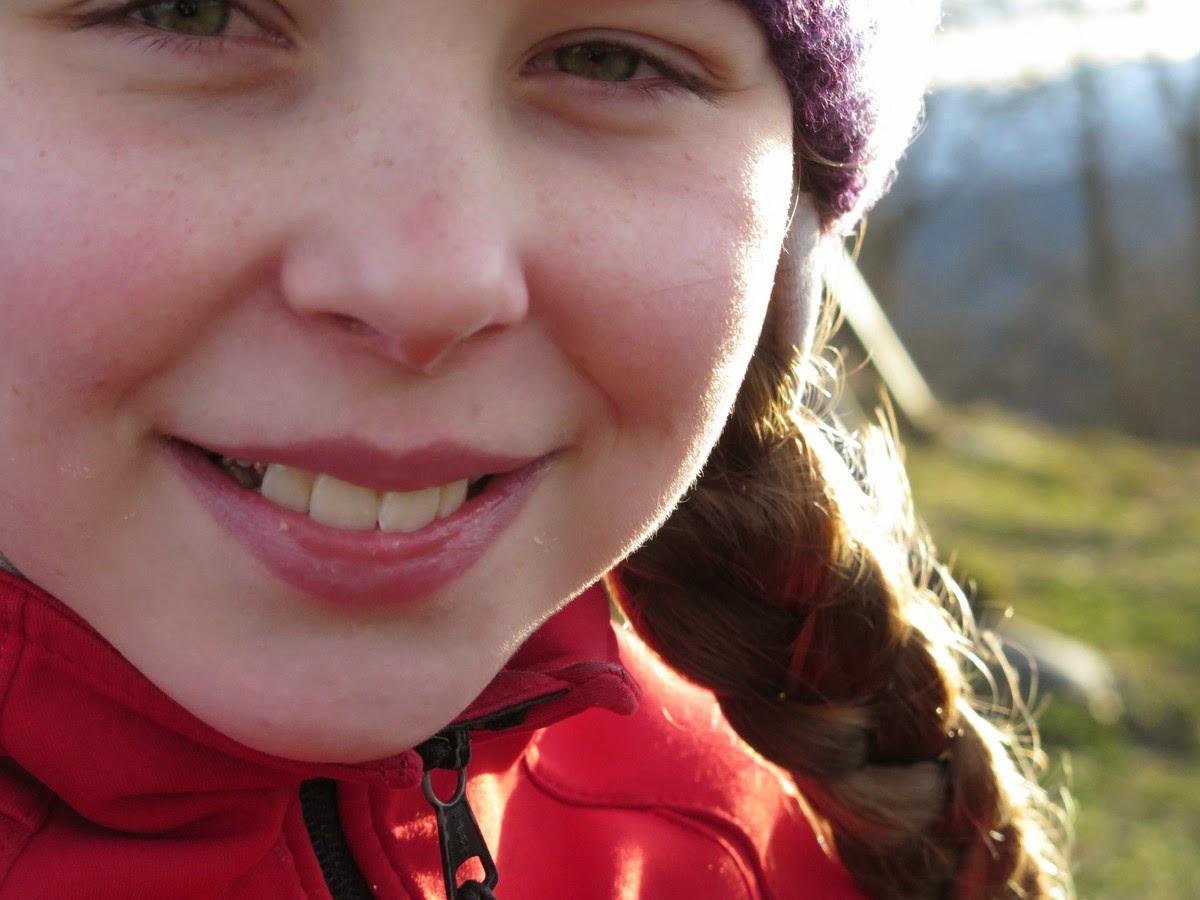