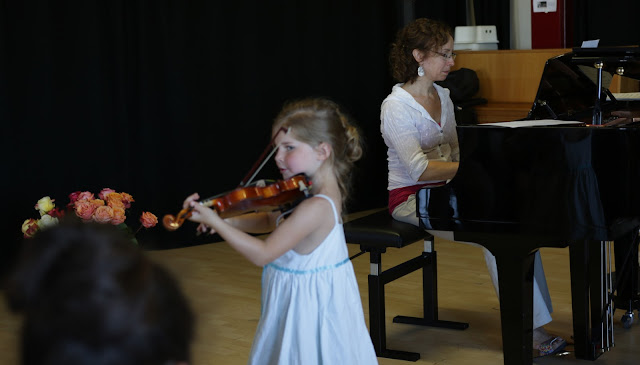 we have had a year end recital yesterday and it was like all the other years, wonderful. it's such a pleasure to listen to the kids play their violins, this time thea played 'may song' and 'long long ago', naomi was doing so well with the boureé and elias played handel's sonata no3 in f major adagio and allegro.
it has been 10 years since we are in the violin playing business and ii'm not tired yet to keep going (2008 2008 2009 and many more...). it is encouraging to me, when i hear each one of them, how they develop their own way of playing on stage. and i feel like, i'm getting to know them better each time, a lot better. it's those before and after performance which is really bringing out each ones personality. 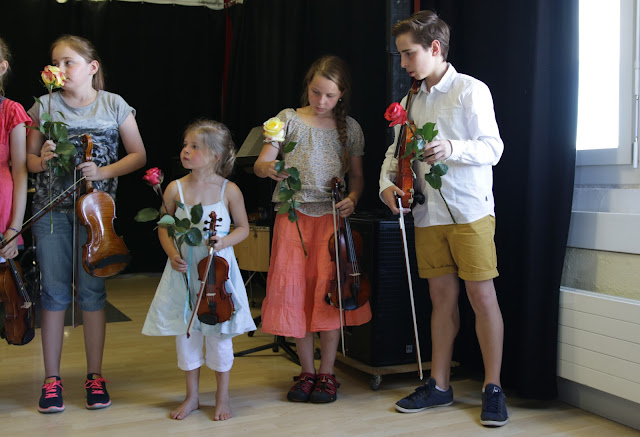 we are very much looking forward to summer vacation, not quiet two more weeks. for elias one more week of school and dance and then school camp, which is mostly sports. naomi will start summer brake early as she is heading west, across the ocean, to spend four weeks in the new world. thea is a bit reluctant, as it will be her last two weeks of kindergarten, she is starting 1st grade in august! and for me, i'm very much looking forward to some unscheduled time, big junks of time to just be and go with the flow. summer we are coming...
Posted by daniela at 10:59 AM